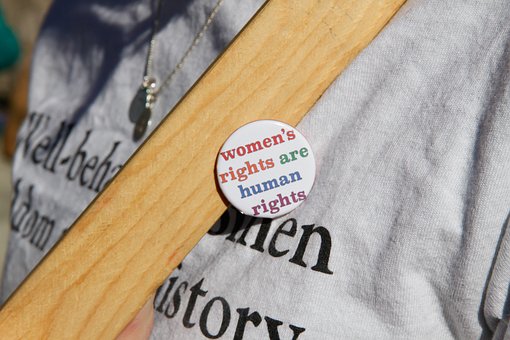 It’s common knowledge for many that the state of living for women in Afghanistan and surrounding countries  is dangerous and highly oppressive. Most blame religion, or view it as a product of the war against the Taliban. While those are factors, the issue in reality is deeply rooted in all culture, and encompasses a lot more than cases of violence and clothing requirements. Its implications are far-reaching and threaten the development of the entire country.

Many would assume that the fastest, and most efficient way to solve gender inequality in these places would be through provision. In such war-torn countries where much of the rural population lives in poverty, it would make sense to send in heaps of aid money to provide food, shelter, and other resources. The world has tried this, and it has proven to be an ineffective solution.

For example, the Afghan government is at the very bottom end of the international corruption index, and consequently, funds rarely reach women in rural areas; the areas where they need it most. This in turn keeps a select few extraordinarily wealthy, fueling a fragile economy.

The Western push for women’s rights after the Taliban’s rule also led some to feel that Western values were being forced on them, and that had led to problems of acceptance of women’s rights as homegrown .

As much of those populations still behave in accordance with more than hundred-year old traditions, the infrastructure is weak and chaotic. The immense historical influence of society and religion on the patriarchy is not something that can be changed easily, or quickly. The importance of the family structure and defined gender roles in countries like Afghanistan is a widespread attitude, and changes made to it in the past have been struck down.

Coming from a Pakistani family, I know that these values are kept and passed down through generations, and some stick even after immigrating to Canada and living a “Westernized” life. Maintaining the gender hierarchy is of utmost significance to many of these patriarchal countries, and its destruction would threaten the very fabrication of society.

I believe the best solution to solve gender inequality is through institutional changes; specifically long term investment in a strengthened legislative system and functioning parliament. By focusing on policy reform and ensuring that ministry budgets are gender responsive, the position of women can be strengthened through financial support. This will in turn provide protection and participation for women, and help to increase their status without trying to achieve radical social reform.

If the society is formally reorganized so that social and economic contributions of women are recognized, they will no longer be dependent on men for economic benefits and satisfaction, and will be able to negotiate their roles more easily. They would achieve a heightened status within the family and society. Female entrepreneurs would be encouraged, and would come together to create an expanding network of women to cooperate strategically and exchange information.

Currently, women have very limited access to information as it is the men who have formal and informal business networks; women are excluded, and even more so if they are confined to the household.  Another point is that thousands of women have been widowed, abandoned, divorced and rendered unmarried. As single women often surviving in poverty, and/or heads of their households, for them, education, skill training, and employment could create a class of women who would be economically empowered.

Economic empowerment coincides with confidence in women, and would likely lead to the political empowerment of women. This would kickstart a widespread achievement of basic women’s rights. With an increased status within the family and society, domestic violence and public harassment would reduce, also in part because women would be less afraid to report their cases. If the institutions in these countries were functioning and reliable, then women could be less fearful of injustice as well.

Placing an importance on women’s economic rights would influence them to push for education rights. If they wish to ensure their daughters are also economically empowered, they will benefit from attending school where they can get training and skills needed to be successful. If more girls continue their education, the importance of early marriage is reduced and does not confine a female to domestic life. Economic empowerment of women through both institutional changes and networking is a viable and impactful solution that can spark a decrease in the oppression of women in other areas.